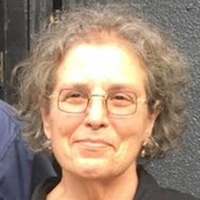 Carla Blank is a writer, director, dramaturge, and editor. Her most recent non-fiction book, Storming the Old Boys’ Citadel: Two Pioneer Women Architects of   Nineteenth Century North America, is co-authored   with Canadian architectural historian Tania Martin (Baraka Books, 2014). She   is author and editor of the 20th century historical reference Rediscovering America: The Making of Multicultural America,   1900-2000 (Three Rivers Press, 2003) which carries   the imprimatur of Before Columbus Foundation. Her two-volume anthology of   performing arts techniques and styles, Live on   Stage! (Dale Seymour Publications, a Pearson   Education imprint, 1997, 2000), was co-authored with Jody Roberts. With   Ishmael Reed, she is co-editing the anthology Bigotry   on Broadway, forthcoming in 2021 from Baraka   Books, and co-edited the anthology Powwow:   Charting the Fault Lines in the American Experience, Short Fiction, From Then   to Now (Da Capo Books, 2009). She was contributing   editor on three other anthologies edited by Reed:   Totems to Hip-Hop: A Multicultural Anthology of Poetry Across the Americas, 1900-2002 (2003); MultiAmerica,   Essays on Cultural Wars and Cultural Peace (1997);   and Califia, The California Poetry (1979). Her essays have appeared in the   San Francisco Chronicle, the   Wall Street Journal, the   Buffalo Evening News, Konch and CounterPunch. She makes her home in Oakland, California.

Mildred Howard may not set out to create political works, but the powerful statements they make cannot be ignored.

By Carla Blank
Advertisement - Continue Reading Below
How Anna Halprin Changed Postmodern Dance
Halprin left the New York scene in the 1940s to pioneer postmodern performance from a mountain deck in Northern California. Over the ne…
By Carla Blank
The Resurrection of Sister Aimee
The pioneering Christian evangelist received a second life in a pair of television series, once again mixing entertainment and religion…
By Carla Blank