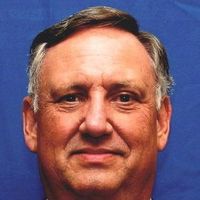 Dan Walters has been a journalist for nearly 60 years, spending all but a few of those years working for California newspapers. At one point in his career, at age 22, he was the nation’s youngest daily newspaper editor. He joined the Sacramento Union’s Capitol bureau in 1975. In 1981, Mr. Walters began writing the state’s only daily newspaper column devoted to California political, economic, and social events. In 1984, he and the column moved to the Sacramento Bee, and in 2017 to CALmatters.org, a nonprofit news organization specializing in California issues. He has written more than 9,000 articles and his column appears in dozens of California newspapers, as well as those in other states. Mr. Walters has written about California and its politics for a number of other publications, including the Wall Street Journal, and in 1986, his book, The New California: Facing the 21st Century, was published in its first edition. The book later underwent revisions and became a widely used college textbook about socioeconomic and political trends in the state. He is also the founding editor of the California Political Almanacand the co-author of The Third House: Lobbyists, Money and Power in Sacramento, published by the University of California. Mr. Walters frequently appears on CNN, Fox, and other networks, commenting about political developments in California.

For New Governor, Familiar Challenges
From housing to poverty to transportation to the environment, these are the issues the new governor, Gavin Newsom, will have on his pla…
By Dan Walters
Advertisement - Continue Reading Below
Down To The Wire
Democratic Lt. Gov. Gavin Newsom is almost certain to finish first among the 27 gubernatorial candidates on the ballot. But who finishe…
By Dan Walters
The Senior Tour
California’s rising political stars repeatedly bump up against a gray ceiling. When will aging icons like Dianne Feinstein and Nancy Pe…
By Dan Walters
Handicapping the California Governor’s Race
With Jerry Brown stepping away after four terms, the 2018 governor’s race is a wide open field. Who are the early leaders — and what ar…
By Dan Walters