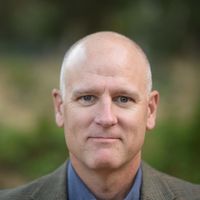 Peter Westwick is a research professor in history at USC and Director of the Aerospace History Project at the Huntington-USC Institute on California and the West.  He received his BA in physics and PhD in history from Berkeley.  He is the author of Into the Black: JPL and the American Space Program, 1976-2004, and The National Labs: Science in an American System, 1947-1974, and editor of Blue Sky Metropolis: The Aerospace Century in Southern California, which was selected to Best Non-Fiction of 2012 by the LA Public Library. In 2013 he co-authored, with Peter Neushul, The World in the Curl: An Unconventional History of Surfing, an LA Times bestseller. His latest book is Stealth: The Secret Contest to Invent Invisible Aircraft.