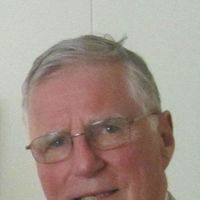 After ten years as a private collector and researcher, Alfred Harrison assumed ownership of the North Point Gallery in 1985. He has used the gallery as home base for his extensive research into the art of early California. In addition to many articles on the subject, he has written monographs on William Keith, L.P. Latimer, John Ross Key, and Thaddeus and Ludmilla Welch. His major book California Painting of the Nineteenth Century is currently in search of a publisher.

The Collector Had a Good Eye