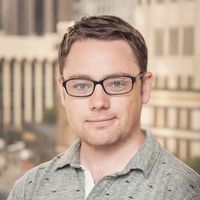 Justin Chapman is an author, journalist, travel writer, actor, poet, musician, and politician. He is the Communications Officer at the Pacific Council on International Policy. He was the youngest elected member of the Altadena Town Council at age 19. He received a Master's in Public Diplomacy from USC in 2018 and a Bachelor's in Mass Communications/Media Studies from UC Berkeley in 2009. At USC he served as the editor-in-chief of Public Diplomacy Magazine and as staff writer at the Daily Trojan. He has written for over 20 print and digital publications, frequently for the Pasadena Weekly. His book about his travels through Africa, Saturnalia: Traveling from Cape Town to Kampala in Search of an African Utopia, was published by Rare Bird Books in 2015. He is the host, producer, and editor of the show "Well Read with Justin Chapman." As a professional child actor, he performed in dozens of movies, commercials, television shows, and plays. Learn more at justindouglaschapman.com.

In one of the world’s newest nations, R&B rules, string cheese must be eaten the right way, and Crocs are banned.

The Daredevil Who Reached for the Stars

“Mad” Mike Hughes fell from the sky pursuing his dream of touching space in a homemade rocket.