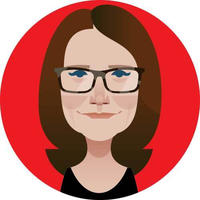 Julia Flynn Siler is a New York Times–bestselling author and journalist. Her most recent book, The White Devil's Daughters: The Women Who Fought Slavery in San Francisco's Chinatown was a New York Times Editors’ Choice and a finalist for the California Book Award. Her other books are Lost Kingdom: Hawaii’s Last Queen, the Sugar Kings, and America’s First Imperial Adventure. Her first book, The House of Mondavi: The Rise and Fall of an American Wine Dynasty, was a finalist for a James Beard Award and a Gerald Loeb Award for distinguished reporting. A veteran journalist, Siler is a longtime contributor and former staff writer for The Wall Street Journal and has been a guest commentator on PBS, the BBC, CNBC, and CNN. She lives in the San Francisco Bay Area with her husband and their two sons.

‘A Horrible Death to Die’

Behind the origin myth of Stanford University lies a century-old murder. The victim: the school’s chief founder and benefactor.

The Safe Place That Became Unsafe

San Francisco’s Cameron House began providing refuge in 1874, protecting those vulnerable to sexual abuse. That changed with the arrival of pastor Grandpa Dick in the 1940s.