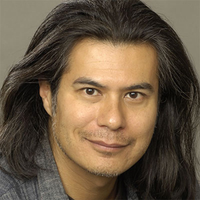 Karl Taro Greenfeld is a novelist, journalist, and television writer. His books include Triburbia, The Subprimes, Speed Tribes, and Boy Alone. He has been a writer and producer on the television series Ray Donovan, Cowboy Bebop, Tokyo Vice, and See. His short stories have been collected in The Best American Short Stories, The PEN/O. Henry Prize Stories, and the Pushcart Prize anthologies. He is currently at work adapting Godzilla into a television series for Apple TV+.

Growing Up Amid Joan Didion’s Circle in Malibu

Childhood Sundays in a dreamy beachside community—with a literary power couple as hosts—set a young writer on his path.