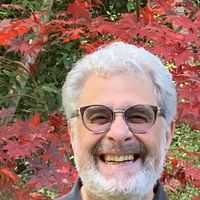 Alan Goldfarb began his career in journalism as a sportswriter for Newsday and other papers, but after arriving in the San Francisco Bay Area in 1973, he quickly realized that the number one sport there was wine and food—and so he quickly crossed over. His Wine Spectator interview with Rupert Murdoch appeared in the Oct. 15, 2016 edition. An interview with Francis Ford Coppola in the Journal of Alta California was published in the Spring 2019 edition. His profile of Vietnam draft resister David Harris appeared in Alta in the Fall 2019 edition. He was the wine editor from 2002-05 at the St. Helena Star in the heart of the Napa Valley, where it is said that assignment was akin to covering Catholicism at the Vatican. It was from that post where he conducted the last one-on-one interview with wine icon Robert Mondavi, who died shortly thereafter.

David Harris Might Be Dying, but He Continues to Resist
Few resisters from the Vietnam antiwar era had a bigger impact than David Harris, who inspired generations to have the courage of their…
By Alan Goldfarb
Advertisement - Continue Reading Below
Godfather’s Grapes