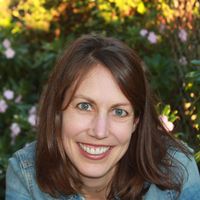 Katya Cengel has written for the New York Times Magazine and the Wall Street Journal among other publications. Her third book, From Chernobyl with Love: Reporting from the Ruins of the Soviet Union, was awarded an Independent Publisher Book Award (IPPY) and a Foreword INDIES in 2020. Her second book, Exiled: From the Killing Fields of Cambodia to California and Back, will be featured in a new California State Library curated collection. Cengel has been awarded grants from the International Reporting Project, International Women’s Media Foundation and International Center for Journalists. She received a Green Eyeshade award for feature writing and her article “My brother’s killer is now my friend” was named one of BBC’s “Best big reads of 2017”.

She Sleeps in the Front Seat, Her Son Takes the Back

About 150 people living in their cars in San Diego have found a safe place to park for the night — more than 1,100 others have not

Once thought lost to sea and sand, Cecil B. De Mille’s Egyptian “City of the Pharaoh” is emerging on a beach on the central coast.