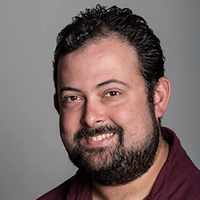 Jason Goldman is an award-winning science journalist and expedition leader based in Los Angeles. He’s collared foxes on California’s Channel Islands, been sneezed on by iguanas in the Galápagos, tracked lions in South Africa, rode a yak across Tajikistan's Pamir Mountains, and searched for rare lizards in the cloud forests of Ecuador. In addition to The Journal of Alta California, he's written for Scientific American, The New York Times, National Geographic, The Washington Post, Los Angeles Magazine, Teen Vogue, and elsewhere, and is co-author of Wild L.A.: Explore the Amazing Nature In and Around Los Angeles. He also contributes to Scientific American’s 60 Second Science podcast, and is founder of the wildlife ecotourism company Scifari Expeditions.

A new study of urban raptors reveals their close attention to human behavior, even during a pandemic.

Fourteen animals near Mount Lassen are the best hope for the reestablishment of this misunderstood species.

They’re tiny and they hover, and they’re one of only three groups of birds that are vocal learners. They sing with their mouths andtheir feathers. No wonder UC Riverside researcher Chris Clark is obsessed with hummingbirds.

Wild mustang populations are out of control, competing with cattle and native wildlife for resources. If the federal government doesn’t rein them in, ranchers may take matters into their own hands.

A Time to Kill

When you hunt animals and waterfowl for food, the national debate about guns takes on a very different light

Coyotes, becoming increasingly tolerant of humans, are getting much bolder about venturing into cities and suburbs.