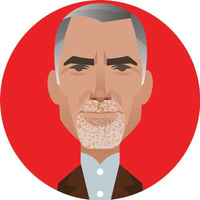 Phil Bronstein was named executive chair of the board of The Center for Investigative Reporting (CIR) in April 2012, when the organization merged with The Bay Citizen. Bronstein joined the CIR board in 2006 and became board chair in 2011. He is now in charge of overall operations. Previously, Bronstein was editor-at-large and director of content development for Hearst Newspapers. Before that, he was executive vice president and editor-at-large of the San Francisco Chronicle, after serving as the newspaper’s editor from 2000 to 2008. Bronstein was editor of the San Francisco Examiner, which merged with the Chronicle in 2000, from 1991 to 2000. He started at the Examiner as a reporter in 1980, where he specialized in investigative projects and was a foreign correspondent for eight years. He was a 1986 Pulitzer Prize finalist for his work in the Philippines. Before joining the Examiner, he was a reporter with public television station KQED in San Francisco. He is the former chairman of the American Society of Newspaper Editors’ International Committee and is currently on the advisory board of Litquake, the annual San Francisco literary festival.

The Last of the Old-School Private Eyes

For nearly 50 years, a tight-knit group of San Francisco PIs practiced their craft in the pursuit of truth and, hopefully, justice.

For Democrats in desperate search of new national stars, Kamala Harris is a potential contender for the 2020 presidential nomination.