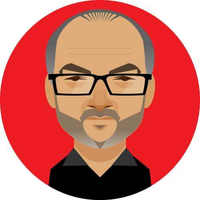 Gary Kamiya is the co-founder of Salon.com, former executive editor of San Francisco magazine, and is a columnist for the San Francisco Chronicle. He was born in Oakland, grew up in Berkeley, and has lived in San Francisco since 1971. His first book, Shadow Knights: The Secret War Against Hitler, was a critically acclaimed narrative history of Britain’s top-secret Special Operations Executive. Kamiya’s second book, Cool Gray City of Love: 49 Views of San Francisco, was awarded the 2013 Northern California Book Award for Creative Nonfiction and has sold more than 50,000 copies. His local history column, Portals of the Past, runs every other Saturday in the San Francisco Chronicle, and Kamiya’s work has appeared in the New York Times Book Review, ArtForum, Sports Illustrated, Mother Jones, and many other publications and has been widely anthologized, including in The Best African American Essays 2010, A New Literary History of America from Harvard University Press, and The Longman Reader. Kamiya is the recipient of numerous awards, including the Ron Ross Founder’s Award by the San Francisco History Association and the Redmond Kernan History Award from the Presidio Historical Association. He lives on Telegraph Hill.

They Left Their Hearts in San Francisco

A trio of frescoes reveals the turbulence and passion of Diego Rivera and Frida Kahlo’s marriage.

Mother of the White Angel Jungle

During the Great Depression, Lois Jordan single-handedly served hot meals to more than one million people. Her work filled their bellies and inspired an iconic photograph.

Death of a Californio

The mysterious slaying of Francisco Guerrero in 1851 took place as a massive land grab was underway—one that left the Golden State’s Spanish-speaking inhabitants with little.