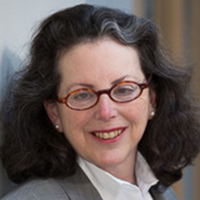 Marcela Davison Avilés is a prominent American essayist, independent producer, attorney, and Latino cultural dramaturge and adviser. Avilés served as Lead Cultural Consultant for Disney/Pixar’s COCO and cultural consultant for Amazon Studios and Amblin Entertainment. Her production company, Chapultepec Group, is currently developing several original projects for film, television and the concert hall. She is a contributing writer for the Mercury News and
National Public Radio. Her guest columns and features have been published by CNN.com, the San Francisco Chronicle, HipLatina.com, ModernLatina.com, the American Banker and
Harvard University’s Revista Magazine.

Controlling the waters of California, one irrigation gate at a time.

They were the first poems published in a California newspaper. But who wrote them? An improbable friendship may hold the clue.

By Marcela Davison Avilés
The Bells Toll. But for Whom?

The iconic Camino Real bells recall California’s checkered missionary past. What do they say about our future?

By Marcela Davison Avilés
‘The L Word’ Gets Woke

After a 10-year hiatus, The L Word returns to reflect a changed world.