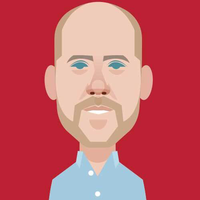 Matt Haber has previously worked as an editor at The Village Voice, The New York Observer, and The Atlantic. Most recently, he served as the San Francisco bureau chief for Inc. His writing has appeared in The New York Times, The San Francisco Chronicle, New York, Los Angeles, and other publications. He also co-created and co-edits Creative Growth Magazine, an annual arts publication put out by Oakland’s Creative Growth.

A Historical Trip Around the Bay

By Matt Haber
What’s Peter Thiel Got Against California?