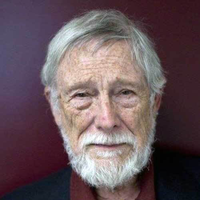 Gary Snyder is a Pulitzer Prize-winning poet and a California native. He has published numerous books of poetry and prose, including Danger on Peaks(Counterpoint Press, 2005)The Gary Snyder Reader (1952-1998) (1999); Mountains and Rivers Without End (1997); No Nature: New and Selected Poems (1993), which was a finalist for the National Book Award; The Practice of the Wild (1990); Left Out in the Rain, New Poems 1947-1985; Axe Handles (1983), for which he received an American Book Award; Turtle Island (1974), which won the Pulitzer Prize for poetry; Regarding Wave (1970); and Myths & Texts (1960). Snyder has received an American Academy of Arts and Letters award, the Bollingen Prize, a Guggenheim Foundation fellowship, the Bess Hokin Prize and the Levinson Prize from Poetry, the Robert Kirsch Lifetime Achievement Award from the Los Angeles Times, the Ruth Lilly Poetry Prize, and the Shelley Memorial Award. Snyder was elected a Chancellor of the Academy of American Poets in 2003. He was the recipient of the 2012 Wallace Stevens Award for lifetime achievement by the Academy of American Poets.

Gary Snyder recalls his decades-long friendship with the late poet, publisher, and owner of City Lights.

By Gary Snyder
‘Where’

An original by Gary Snyder.

By Gary Snyder
‘Why California Will Never Be Like Tuscany’

A poem from Gary Snyder, winner of a Pulitzer Prize for Poetry and the American Book Award