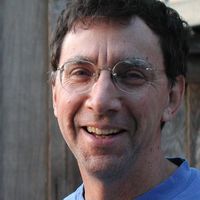 John Markoff wrote about technology and science for the New York Times beginning in March 1988 as the paper’s national computer writer. He retired from the paper in 2017 to write a biography of Stewart Brand. In 2013 he was awarded a Pulitzer Prize in explanatory reporting as part of a New York Times project on labor and automation. He has written six books including What the Dormouse Said: How the Sixties Counterculture shaped the Personal Computer Industry, published by Viking Books and Machines of Loving Grace: The Quest for Common Ground Between Humans and Robots, published by HarperCollins Ecco.

Striking a blow against climate change, San Francisco scientists are working to return the iconic Xerces blue from extinction.

By John Markoff
Advertisement - Continue Reading Below
Access to Success
Fifty years after the debut of the Whole Earth Catalog, the story of how Stewart Brand created the legendary book because his mentor ha…
By John Markoff
Fear And Loathing In Big Sur
Who would hire Hunter S. Thompson to take care of a rustic Big Sur coastal estate? That ill-advised decision led directly to the foundi…
By John Markoff
Where We're Going, We Don't Need Roads

Forget autonomous cars; the next big thing in transportation may be Jetson-like vehicles that dart through the skies.