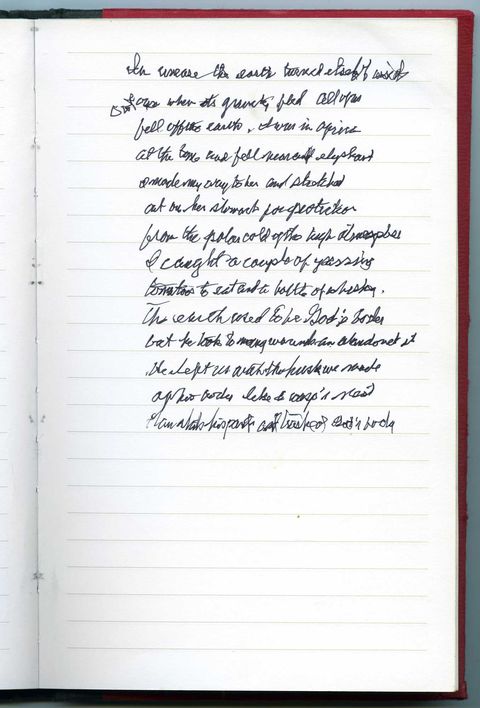 Jim Harrison died on March 26, 2016, at his home in Patagonia, Arizona. He was found at his writing desk with his notebook opened to this draft of an untitled poem—his final piece of writing.

In unease the earth turned itself inside
out when its gravity fled. All of us
fell off the earth. I was in Africa
at the time and fell near an elephant.
I made my way to her and stretched
out on her stomach for protection
from the polar cold of the high atmosphere.
I caught a couple of passing
tomatoes to eat and a bottle of whiskey.
The earth used to be God’s body
but he took too many wounds and abandoned it.
He left us with the husk we made
of his body like a wasp’s nest.
Man shits his pants and trashed God’s body•