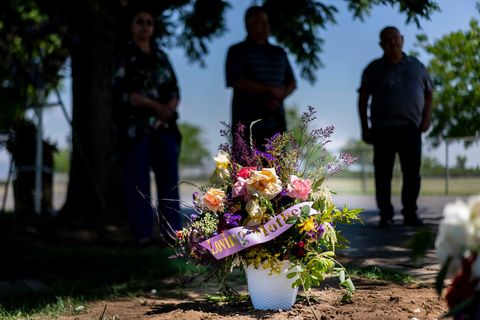 The brilliant western environmental historian Donald Worster writes beautifully. His works, ranging across biography, historical narrative, with a dash of metaphysical reflection on perennial questions about “nation and nature,” are accessible, smart, evergreen, and fierce.

Worster’s words are occasionally poignant, regretful. “How much has been lost in our short years as a nation,” he wrote in The Wealth of Nature: Environmental History and the Ecological Imagination. I agree. The pithy reflection refers to generations of loss, pain, degradation of the landscape, death by violence, neglect, and racial conquest. The West we inhabit today is a landscape of lives and spaces laid atop material and spiritual grief.

And now this: our era of COVID-19. Anxiety and morbid fascination made me a COVID tracker across the past two years. I watched my city’s numbers grow. I looked at county figures, state cases, red state–blue state comparisons, kids with COVID, teens with COVID. COVID strains, long COVID, short COVID: all of it. I don’t think I was alone in any of that.

When I was in graduate school studying the Civil War, we had a death count figure of about 620,000: Confederate, Union, civilians. Most, we knew, died not on the battlefields or of their wounds. Most died of disease—epidemic diseases, in some cases. Probably two-thirds of them: dysentery, tuberculosis, scurvy, typhoid fever, smallpox, pneumonia, mumps, measles, and so on. The list is long. Remember that these were young men, many coming right off the northern or southern farms, every one of them immunologically vulnerable. Add stress, anxiety, weather, wounds, spitting, bleeding, and coughing on one another: as we now know, contagious disease thrives in such conditions.

A friend and colleague, the demographic historian J. David Hacker, is as responsible as any single scholar for revising that Civil War death count figure north. We now think that the earlier number was at least 100,000 deaths short. Astonishing. We thought one number for decades, and it looks as though we were off by at least 15 percent. Not 620,000. At least 750,000.

Here we are in 2022, and COVID has blown past that—not in per capita figures (the United States is more than 10 times bigger today), but in total deaths. I will teach COVID in relation to the Civil War for this reason, and for the obligation to teach my students about the ways in which epidemic diseases shape society and culture.

There is another angle here, a particularly western angle, and it is too soon to fully define either its arc or its influence. After the Civil War, legions of those forever affected by it (soldiers and their families, people freed from the bondage of slavery, others) sought rejuvenation, healing, and, in some cases, redemption in the post-war West. Tuberculosis patients—the Civil War was the biggest TB super-spreader event in U.S. history—amputees, young men experiencing what we now call PTSD, Civil War widows all went west. Veterans’ homes arose in western spaces. The new national parks were framed by the language of physical and psychic recovery. The writing of John Muir, who was appalled by the carnage of the Civil War, returns again and again to the redemptive power of repose and healing found in nature out West.

A caution, though, also omnipresent in the historic record: The post–Civil War West speaks to another aspect—a flaw really—of the American psyche. For every example of the pacifying, soothing embrace of western vistas and landscapes, there is the direct opposite: destruction. The post–Civil War West was, like those eastern battlefields of the Civil War, also a place of carnage. Massacres of Indigenous men, women, two-spirit people, and children. The spasmodic massacre of Chinese people in this or that western town, western city. Slaughter of countless buffalo and other once-abundant fauna.

Today, I think we in the West stand at a critical crossroads. Can we emerge from COVID less at one another’s throats and more in step with our beautiful landscapes? To cite but two examples of the reflex to respond to our lesser angels, can anti-Asian and anti-Semitic thought and behavior, so tragically familiar to us in the West, be quelled? I have to think yes; this era has not wrung all the hope from me.

Worrisome, too, is the question of whether or not the West’s nature can take it. As we return to nature, can we save places, or make new ones, that are open to all, that offer healing, and that are protected from the profanities of overdevelopment? As every fire season reminds us, we overwhelm nature at our—and its—peril.

We have been here, or someplace like it, before. Surrounded by such death and trouble, can we build new foundations of healing, trust, community, and environmental responsibility? We had better. Too much hangs in the balance, and we’ve had enough loss already.•

Related Stories
The End of 'Hot Vax Summer'
John Muir, Naturally
William Deverell William Deverell is the director of the Huntington-USC Institute on California and the West and a professor of history at USC.
This content is created and maintained by a third party, and imported onto this page to help users provide their email addresses. You may be able to find more information about this and similar content at piano.io
Advertisement - Continue Reading Below
More From Alta Newsletter
The Ballad of Chol Soo Lee
Karina Longworth’s Erotic ’80s
Advertisement - Continue Reading Below
Celebrating Black Women in Pop Music
The Fading San Francisco Newsstand
A Literary Detective Story
Sea Otters to the Rescue
New Chinatown Coloring Book
Surfing For All
Livermore Revived
Speak, Comedy