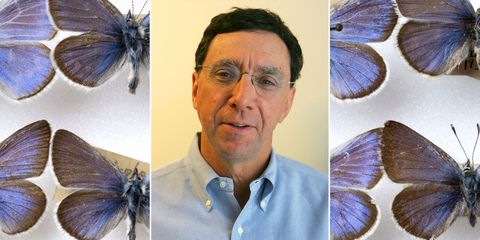 The Society of Professional Journalists Northern California named John Markoff’s Alta Journal feature “The Butterfly Effect” the winner of its annual Excellence in Journalism Award in the category of Science Reporting. Focusing on the groundbreaking work being done to return the Xerces blue butterfly from extinction, Markoff takes readers from the sand dunes of San Francisco’s Sunset district to the labs of the nearby California Academy of Sciences, where researchers are attempting to extract a genome from a Xerces specimen and genetically engineer the butterfly back to life.

A Pulitzer Prize–winning former writer for the New York Times, Markoff is the author of six books, including What the Dormouse Said: How the Sixties Counterculture Shaped the Personal Computer Industry and Machines of Loving Grace: The Quest for Common Ground Between Humans and Robots. His next title, Whole Earth: The Many Lives of Stewart Brand, will be published in March. Markoff is a frequent contributor to Alta.•