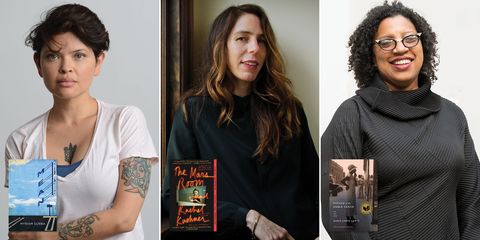 Alta’s California Book Club is excited to announce that our selection panel has named the three books that will carry us through the spring. Each is by a highly acclaimed writer, who charts the finer contours of California and its history with a distinctive voice and electric perspective. These books will no doubt offer us moments of respite, along with opportunities for rigorous critical conversations.

Here are the books, with a synopsis of each from Alta’s books editor, David L. Ulin:

Mean is a book of ghosts, a series of refrains and recollections, a memoir that is also a true-crime narrative, written in a voice that is sharp and poetic, that gets underneath the skin. It is also a book of guilt and responsibility, a book of reckoning. Gurba connects the sexual assault she experienced as an undergraduate with the rape and murder of another woman by the same assailant to frame a pointed investigation of misogyny, identity, and class. In the process, she reminds us of the need to speak for those who cannot speak any longer, as well as the need to speak for ourselves.

The Mars Room, by Rachel Kushner

The Mars Room begins as its main character, an exotic dancer and single mother named Romy Leslie Hall, is transported to a women’s prison in the Central Valley, where she will serve two consecutive life sentences. As for how she got there, this is one of the narratives Kushner’s third novel explores. As a young woman, the San Francisco–bred Romy lived something of a feral existence. Or maybe she lived day to day. In prison, she must confront the fallout of this life, while worrying desperately about the welfare of her son, with whom she wants nothing more than to be reunited.

Voyage of the Sable Venus, by Robin Coste Lewis

Voyage of the Sable Venus is a tour de force that uses art, desire, and expectation as lenses through which to examine the tragic legacy of racism. Built around a 79-page title poem, made entirely out of descriptions of Western art depicting the Black female form, Lewis’s first poetry collection pulls no punches and lets no one off the hook. The verse here is lyric, and it is beautiful. But it is also ruthless in what it exposes. What gives the collection its vivid power is context, the sense that history moves through, and mediates, every image, every poem.