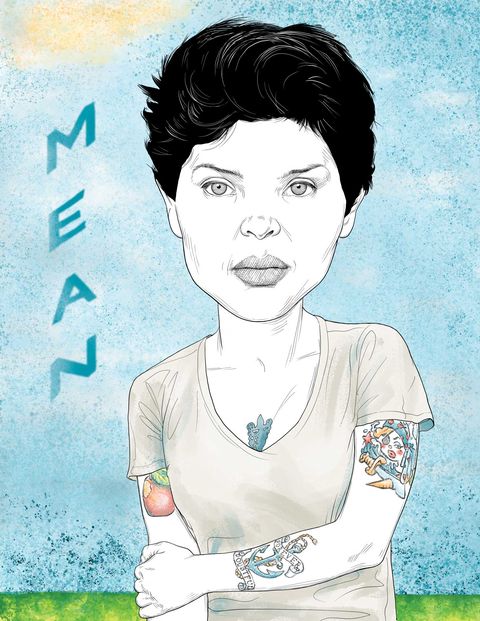 It was New Year’s Eve in Guadalajara and we were celebrating the march of time with my abuelitos. Their home moldered in a neighborhood called Mezquitan Country, and because a hamburger stand operated across the street, the house often smelled of charbroiled beef. In the living room, we arranged seats in a shape that a generous observer might’ve described as circular. Tortas ahogadas rested on plates resting on our laps. My grandfather stood, outstretching his arms as he announced, “I am Ricardo, the man of this house! We will take turns and everyone will introduce himself! We are all friends here!”

My grandfather tucked his arms beneath his gray serape and sat. In her dementia, my grandmother stared at the wall.

I knew everyone except for two strangers who had accompanied my cousin Sandra. As our turns came, my parents, my brother, and I each spoke our names. We listened as aunts, uncles, and cousins shared theirs also. When Sandra’s turn arrived, my suspicions were confirmed.

“I am Sandra,” she said. She gestured at the man seated beside her. “This is my boyfriend, Diego.” Diego placed his hand on Sandra’s thigh, squeezing it. He flashed a gap-toothed smile. For a man in his 20s, he was missing a lot of teeth.

Perhaps curious about how he’d lost them, an uncle asked Diego, “And what do you do for a living?”

Diego grinned. “I am a police officer. And he is my father.” Diego pointed at an old mestizo sitting in the armchair beside my grandfather. The mestizo’s hair color matched the white charro suit he wore with snakeskin cowboy boots. He smiled, revealing fewer teeth than his son.

My grandfather had never met Vaquero. But upon learning his name, he fell in macho love with the decrepit cowboy. The two old Mexicans behaved as if they were long-lost soulmates reunited by fate. By 10:30, the pair had developed a 10-point political plan that they believed would effectively reform the Mexican state.

“We should send our thoughts to the president!” my grandfather shouted. “Somebody, get a tape recorder!”

My mother and I locked eyes. We exchanged a silent laugh.

At 11, Diego announced, “We have another gathering to attend. It has been a pleasure meeting everyone.” He and Sandra rose. So did Vaquero. Wanting to see whether or not my grandfather would French-kiss him goodbye, I followed the four of them down the hallway.

“Your family is beautiful,” Vaquero said to my grandfather. He glanced over his shoulder at me.

My grandfather replied, “My granddaughter writes things. What do you write, Myriam?”

“Mmmm,” he acknowledged. “Prose. Sometimes women write well. Usually, they don’t. Women are seldom literary geniuses. For genius, depravity is required. Vice. And that’s something women don’t do well. It’s not in their nature. I can think of one great female poet, Gabriela Mistral. She was a good woman. She lived a life free of scandal, the way a woman should.”

Whether or not my grandfather kissed Vaquero good night that Mexican New Year’s Eve doesn’t matter.

What matters is that that evening, my grandfather gave me a reason to write: spite.

I write in spite of my grandfather and against him. I write about misogynists and creeps and the women who thwart them. I write prose that I pray reeks of vice. I write beside an ashtray overflowing with ceniza. I fuck whom I want, smoke what I want, and cackle where I want. I write better than well, and I don’t need any man living or dead to validate that. I write against Abuelito and for the depraved.•