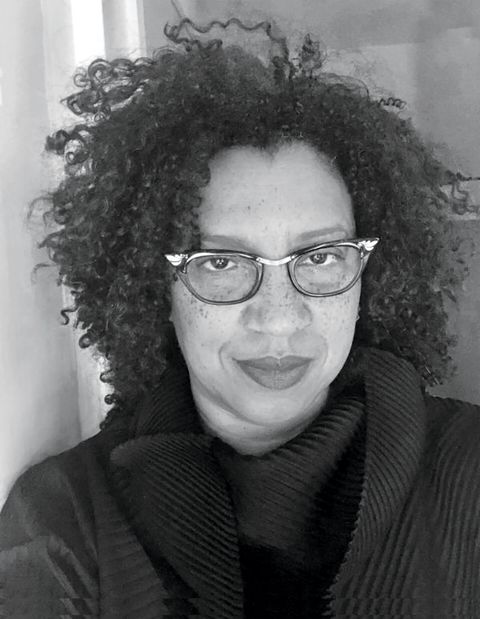 I write because I would like to live forever. The fact of my future death offends me.”

This is the opening to the late Reginald Shepherd’s essay “Why I Write.” It is an essay with which, if I am being completely vulnerable, I am mildly obsessed—a long, deeply thoughtful and courageous engagement with the relationships between creativity, the ego, and the sublime. Poetry is the crux upon which Shepherd’s expedition spins. His essay is a manifesto written on the edge of the abyss. I imagine that Shepherd, who was aware that he was dying as he wrote, also knew—therefore—that he had nothing to lose.

I begin here because I think we read and write poetry because we are looking for a voice—any voice—courageous enough to resist the pastel propaganda of our lives; one that will get underneath not one but all of our relentless masks and then relate the membraned tenderness common to all lives back to us. Not a narration, necessarily, but a palpable experience.

Confronting one’s death, of course, turns up the fire. The ego, in a state of terror, crashes toward the walls of our psyche, seeking a floor, a door, a window, a ceiling, a crack in the floorboard—anything—to escape the body’s resolution. Acceptance. It sounds like such a cliché. But there is a beastly strength afforded to the psyche when one refuses to run away.

Poetry is like this for me. No. Poetry is this for me. It is sitting on the rim of a mirror. This mirror rests inside a great fire. The fire sits on the edge of a world. This world spins alone, in blueness, surrounded by a galaxy that no one really knows anything about except that something inconceivable happened 14 billion years ago—an inhalation, and then an exhalation. Later, the evolution of the cell. And somewhere along that timeline, my mother and father, both from New Orleans, got busy one night in a bedroom on Central Avenue in Compton, and here I am—whatever I am. A mystery.

I can’t explain why language is the land toward which I headed, as if it were my real country. Home. I only know that early on, I began to suspect that if I could learn every language in the world, especially my own, then I would understand why the police liked to shoot at me and my elementary school friends for sport; or why my father spoke so much about his memories of World War II.

Or no. Perhaps this is another mask. Maybe it was that I found the words my father used to describe his memories of war more beautiful than anything I had ever seen or heard or done. His cadence; his verbiage; his diction; his descriptions. The private editorials—the stories he bothered to tell, as opposed to those he could not. All the language left outside the photographic frame. The reversed verbs—so clever in their anti-colonial quiet. The accents—plural. English no longer a prison, but prey, a pet. My bride.

I don’t know why.

All I can say is that Beauty felt, still feels, too heavy inside my body. It was as if these stories made me whole. Yes. That. The simple and grand stories of migration and violence and survival and jazz. All the social technologies invented to survive being outnumbered and governed by men so afraid of their own bodies that they took it out on the entire world. My father carrying his pack and rifle above his head, walking through the water toward Normandy. How I could hear the water, and smell his fear, not of the bombs but of the fact that he did not know how to swim. The smell of my Aunt Lydia’s compact. The wide white wall on a giant black tire. Birdsong in the morning. Chrome. The cows. The sublime way my uncle said fuck and Sir. The touch and smell of my mother’s skin. The mauve freckles against the beige background.

Like Reginald Shepherd, I want to live forever. Not because my death offends me, but because living, even at its hate-filled worst, is still so profound. I want to see everything, experience everything, and not only because sensation is its own ecstasy. Rather, I write because I want to say, Don’t you feel it? Can’t you taste it? Is there anything more sublime than you and me sitting here?•

Related Story
‘Voyage of the Sable Venus’
Robin Coste Lewis Robin Coste Lewis is the poet laureate of Los Angeles.
This content is created and maintained by a third party, and imported onto this page to help users provide their email addresses. You may be able to find more information about this and similar content at piano.io
Advertisement - Continue Reading Below
More From California Book Club
Avenues for Passion in ‘Postcolonial Love Poem’
‘Postcolonial Love Poem’ Is a Lantern in the Dark
Advertisement - Continue Reading Below
Poem: 'Postcolonial Love Poem'
Event Recap: A Tapestry of Tales in ‘Likes’
California Book Club: Sarah Shun-lien Bynum Transc
Introducing Our Special Guest and Zoom Link
Friends and Images: Constructing a Self
To Be Young and Online
Imagined Lives of Others in ‘Likes’
The Fairy Tale of Female Friendship in ‘Likes’