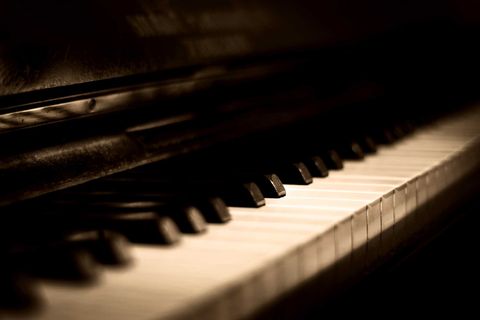 What is it about jazz and noir? In film noir, from The Wild One to Touch of Evil, a jazz soundtrack often augments a sense of rebellion in the story. Perhaps it’s the nature of jazz that lends itself to stories of those outside the order. Jazz is not necessarily without conventions in its formal composition, but it does tend to call up the feeling of being outside mainstream, commerce-driven society. It takes us into alleys, into smoky nightclubs. When a saxophone wails, it immediately evokes a sense of yearning. The bass provides a steady pulse. When you’re listening to jazz, it sometimes feels, physically, as if you’re being followed, or you’re tailing someone.

On the TV show Bosch, there it is in the opening credits—that haunting, suspenseful, slightly dark longing, music that, even when it concludes, lingers with you like smoke. But there are those jazz songs, too, that get you out of your seat and make you feel like dancing or being a part of things, still with the people. You can count on musical references to jazz in author Michael Connelly’s procedurals. In The Dark Hours, Detective Renée Ballard arrives at her friend and former LAPD detective Harry Bosch’s home, where “Compared to What” is playing. When Ballard inquires, Bosch notes that some people consider it the first jazz protest song.

The version Bosch is playing is performed by John Legend and the Roots, though he also notes the earlier popular version by Les McCann and Eddie Harris. The song was composed and written by Gene McDaniels. It is immediately relaxing in its melody rather than dissonant, suggestive of protest as essentially aware and invigorating, not depleting or unstructured or chaotic.

Within the novel, Ballard’s mindful navigation of the law, bureaucracy, and necessary internal procedures of the LAPD mirrors the public’s protests on the streets during the COVID-19 pandemic. Connelly’s decision to slip a protest song into his crime novel allows him to highlight its backdrop and themes, while still maintaining crucial dramatic and philosophical complexity.

The first stanza of the song ties together motives behind injustices that occurred during the founding of the nation and continued through the beliefs behind manifest destiny and the policy of imperialism, and now arise during debates about authority, protest, and property: “Possession is the motivation / That is hangin’ up the God-damn nation.” The song seems to ask, Is property more important than the rights for which people are protesting?

Not according to the third stanza, the lyrics of which rail against the Vietnam War and Lyndon B. Johnson with “Nobody gives us rhyme or reason / Have one doubt, they call it treason.” Next, the fourth questions the authority of the church. Interestingly, while the words interrogate authority and power and may, in fact, be born of despair, the music that accompanies the words stirs us a little differently. It is not dependent on innovation or dissent from existing compositional norms so much as on emotional persuasion. It’s music that makes us want to believe change is possible, that makes us want to follow.

The novel asks broad, thorny questions, but, of course, it cannot answer them: What is the right balance between the individual and society? How does society account for the darkness and depravity of some souls? What is the right way to protest injustice without breaking those aspects of society that are good? What is the proper role of policing? And while you read this novel and think about how it speaks to those questions, take a moment to listen to “Compared to What”—it’s a beauty.

Join us on April 21 at 5 p.m., when Connelly will appear in conversation with CBC host John Freeman and a special guest to discuss The Dark Hours. Be sure to visit the Alta Clubhouse to discuss the book with your fellow California Book Club members. What do you think of Ballard’s actions in the second half of the novel? Do you maintain sympathy for her? Why or why not? Register for the event here.

Critic Katharine Coldiron delves into Connelly’s representation of driving as the quintessential Los Angeles experience by drawing out its similarities to the video game L.A. Noire. —Alta

Melissa Chadburn’s debut novel, A Tiny Upward Shove, told from the perspective of an aswang that has taken over a young woman’s body in the course of a rape and murder, is a harrowing story of trauma, brilliantly told. —Alta

The Lincoln Lawyer, based on Connelly’s character Mickey Haller, half brother of Harry Bosch, premieres on Netflix on May 13. —Deadline

Alta contributor Lynell George traces her family’s hopes in coming to California from the South against the broader tapestry of exiles in Los Angeles. —Air/Light

Portland author Emme Lund’s The Boy with a Bird in His Chest is a fabulist novel about finding belonging. —Zyzzyva