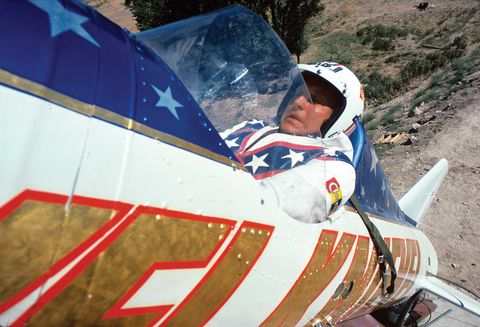 Alta Journal contributor Timothy Ferris gave a talk recently where he made the point that modern science does not consider space to be empty. Even 19th-century physics thought the vacuum had properties of permittivity and permeability, which measured the forces of magnetic and electric fields, respectively, and together determined the speed of light. Einstein postulated that empty space-time had another feature: curvature—which manifested itself as the force of gravity. Modern particle physics considers empty space to be filled with an ocean of particles that appear and disappear and observe the uncertainty principle, yet whose existence affects the forces of nature.

So, the Buddhist view of empty space as nothingness is only an approximation. The newest visitors to the intergalactic void are humans—who in the past five decades have ventured off Earth and into the great reaches of outer space. This issue of Alta is partly devoted to uncovering these new space pioneers. They’re no longer members of giant government missions but are instead entrepreneurs, adventurers, and explorers operating on the same scale as those historic pioneers who left Europe for a New World or the settlers who left Asia to inhabit the Americas.

As you might expect, John Maynard Keynes’s “animal spirits” of private enterprise have unleashed a wild variety of viewpoints and many novel ideas for the exploration of space. It’s too soon to tell which will endure and which will perish on the trail to the stars. As with every new land rush, it’s the case that many side effects are unforeseen. The possibilities of the future are inspiring to some, business opportunities to others, and an impetus for bad behavior to a minority.

In Alta’s special section on the New Space Age, we tried to notice, and anticipate, some of those unconventional outcomes: new business models, the real hazards of space travel, technology to address our energy addiction, conflicts between earthbound residents and space-bound entrepreneurs, goofy fashion experiments, the ins and outs of obtaining a space suit, where planetary explorers gather socially, and why Evel Knievel may actually be considered the first astronaut, among others.

Nobody cares more about bookstores, reading, and literature than writers. So the editors of Alta asked our contributors to nominate their favorite bookstores all across the West. We underestimated how passionate people can be about their favorites. There are roughly 1,000 places in the western states where you can browse, read, find, and purchase new and used books—while interacting with like-minded people. This includes general-interest stores and others focused more narrowly on food, the military, mystery, children, gardening, architecture, science fiction, rare editions, and antiquarian collecting, to name just a few niches.

While we’ve included 85 of our favorites in this issue, we’ve come to the conclusion that our project will likely miss some of our readers’ beloved bookshops. Apologies in advance. Please visit altaonline.com/bookstores or send an email to bookstores@altaonline.com to correct our blind spots by touting your own discoveries and favorite haunts. We truly need your collective wisdom, and we promise to update our bookstore guide regularly. We look forward to hearing from you!•

Related Stories
Audience Is the Future
The End of Hibernation
The Poet as a Storyteller
Will Hearst Will Hearst is the editor and publisher of Alta Journal, which he founded in 2017.
Advertisement - Continue Reading Below
More From Dispatches
The Desert Is Coming
Issue Party: Alta Journal 22
Advertisement - Continue Reading Below
Will Alexander’s Sonic Grammar
Lego Bike Safety Lessons
Special Report: California Community Colleges
All About Calendarios de Varilla
You Are Here: 2022 Highlights
The Year in Tech
Alta Journal Editors’ Top Stories of 2022
Trailblazer: Alec Foster