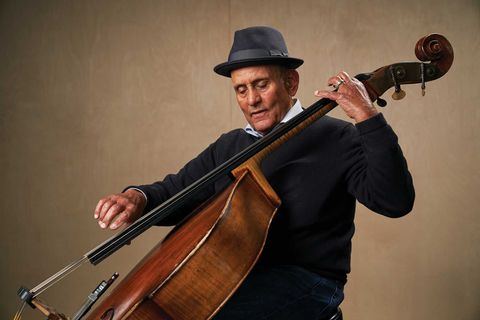 On a Sunday night in March, a multicultural mix of Echo Park creative types, Leimert Park poets, and a few old-school jazzheads from all over sat transfixed at the Lodge Room in Northeast Los Angeles listening to three generations of musicians jamming a chorus of horns, bass, piano, and drums. The scents of sage and incense filled the air as the Pan Afrikan Peoples Arkestra played a 100-minute set dedicated to the recently deceased percussionist Derf Reklaw, whose djembe drum stood empty at the end of the stage, flanked by flowers.

Consisting of more than 40 rotating members, many of whom have been in the ensemble since the 1970s, the Arkestra is led by younger players Mekala Session, Jamael Dean, and Jesse Justice. Guided by the ethos that “music is contributive, not competitive,” the Arkestra remains a potent force thanks to its energetic live shows, its new and remastered recordings, and two documentaries on the festival circuit.

Founded in 1961 by pianist and bandleader Horace Tapscott, the group was originally called the Underground Musicians Association, and its aim was preserving the Black arts in the face of record-industry exploitation. Tapscott, who died in 1999, remains a touchstone for the group, which took on its current name in 1971. (Tapscott got the spelling of Arkestra from Sun Ra’s Arkestra but explained in his autobiography that his ark was not about “traveling through space.” Rather, he was “thinking in terms of a cultural safe house for the music.”)

From the beginning, Tapscott believed in mentoring the next generation through music, an act he called “passing the magic.” Over the decades, 300 musicians have shared in the magic, rotating into and out of the Arkestra. “It’s not really a band; it’s a movement,” says longtime Arkestra saxophonist Jesse Sharps.

The title track has a foreboding backdrop of bass, piano, and percussion tied together by Daáood’s hypnotic voice as he implores, “Bring the family near / Let the children hear / The sacred beating in their chests.”

Daáood, who serves as the Arkestra’s “word musician,” started performing with Tapscott as a teen in 1968. “I was placed in a garden of griots,” Daáood, who is known for his 2005 City Lights book, The Language of Saxophones, told me. “If a seed is placed in the soil at the right time, it’s going to grow.”

The 2015 concert that produced Healing Suite was a reunion of a 2005 summit at the California Institute of the Arts called the Gathering, which lent its name to a documentary subtitled Roots and Branches of Los Angeles Jazz, directed by Tom Paige. Currently appearing in festivals, the film connects the past, present, and future of the Arkestra. Another documentary, Horace Tapscott: Musical Griot, directed by Los Angeles Rebellion filmmaker Barbara McCullough, is also making the festival rounds.

The Arkestra has been a mythical group for jazz aficionados for many years, but now, thanks to recent shows like its night at the Lodge in March, it’s reaching an even larger audience as international fans view its performances on YouTube and begin to tap into L.A.’s spiritual-jazz scene. As new fans discover Tapscott and the generations of musicians in his Arkestra, his philosophy that music connects and grows communities spreads as well.

“Horace lives,” says Tapscott’s biographer, Steven Isoardi, comparing the artist’s afterlife to Charlie “Bird” Parker’s death in 1955, when New Yorkers took to spray-painting “Bird lives” all over Manhattan. With new and unreleased recordings continuing to come out and a 60th-anniversary concert in the planning, the magic continues. So does the movement.•

Related Stories
Clora Bryant Blew Doors Open
The Night Charlie Parker Soared in L.A.
The Thrill Is Gone
Mike Sonksen Mike Sonksen, a third-generation Angeleno, is a poet, an essayist, and the author of Letters to My City.
Advertisement - Continue Reading Below
More From Premium
Trailblazer: Nicole Martin
Fiction: ‘My Chicano Heart’
Advertisement - Continue Reading Below
Will U.S. Cities Rise to the Vertical Challenge?
Alta Picks: Our Binge List
Now Open: The Big Orange
The Real Worlds of Alexis Smith
The Dark Season
Marion Davies on Her Own Terms
The Magnificence of M.F.K. Fisher
The Woman Who Turned Orange County Blue