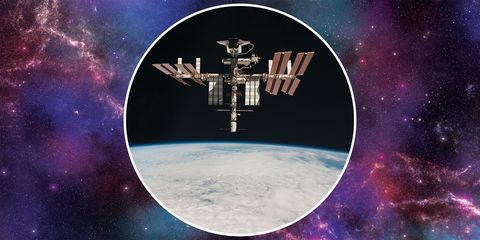 When the United States imposed sanctions on Russia for the invasion of Ukraine, Dmitry Rogozin, the head of Russia’s space agency, Roscosmos, threatened to leave NASA astronaut Mark Vande Hei stranded on the International Space Station. (Vande Hei had been waiting to catch a ride back home with the Russians.) While he has since made it to Earth safely—courtesy of a Soyuz capsule—the standoff was a painful reminder that the days of the ISS are numbered.

U.S.-Russia relations aside, China has been racing to construct its own space station, and private companies are following suit. With corporate giants like Blue Origin able to build their own space stations, NASA can leave the low-orbit game and set its sights on the moon and Mars. What does this spell for the ISS, which has been a way station for the world’s space voyagers since 2000? Most likely, within the next decade, NASA will guide it back into Earth’s atmosphere, where most of it will burn up.•

Related Stories
The Startup That Is Looking Up
Have Space Agent, Will Travel
What to Read on Mars
Ajay Orona Ajay Orona is an associate editor at Alta Journal.
Advertisement - Continue Reading Below
More From Premium
A Road Trip Driven by the Drought
Pop Moments: Movies
Advertisement - Continue Reading Below
A Life Cleanse in the Waters of Desert Hot Springs
Reviving Indigenous Pottery
Shh! Secret Testing Grounds
Pop Moments: Photo Shoots
Death Valley Is the New Normal
In Search of the Lost Dutchman Mine
An Experiment in New Cuyama
Pop Moments: Music Videos