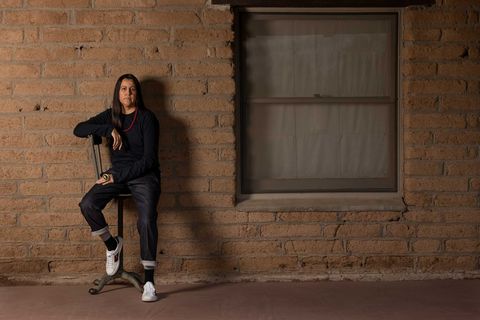 The ’60s and ’70s featured an explosion of interest in Native writers like Louise Erdrich and Leslie Marmon Silko. But Indigenous writing has blossomed and resurged again in recent years, reinventing and expanding language to convey postcolonial experiences. Natalie Diaz’s poetry collection Postcolonial Love Poem, our California Book Club selection for February, deepens the potent metaphors and anti-colonial political stance of her first collection, When My Brother Was an Aztec. Relating the impact of her brother’s methamphetamine addiction on her family, her debut felt more confessional, still vivid and marked by myth, ancient references, but also more plainspoken than her second collection does. In the title poem, for instance, she wrote: “he lived in our basement and sacrificed my parents / every morning. It was awful. Unforgivable. But they kept coming / back for more. They loved him, was all they could say.”

If you’d like to broaden your reading with other up-and-coming Indigenous authors’ books, consider Terese Marie Mailhot’s emotionally intense yet innovative memoir, Heart Berries, in which she writes poetically about growing up on the Seabird Island Band reservation and the tumultuousness of living with PTSD and bipolar II disorder.

You might also check out Indigenous and Chicano writer Kali Fajardo Anstine’s short story collection, Sabrina & Corina, which was a finalist for the National Book Award for Fiction. The 11 stories mostly center on brown women in Denver who have, like some of the speakers in Diaz’s poetry, faced violence. This year, Anstine has a multigenerational western saga coming out, Woman of Light.

A standout, entertaining contemporary novel worth adding to the stack on your nightstand is Cherie Dimaline’s well-constructed Empire of Wild, which revolves around an Indigenous woman’s search for her husband. She believes that she finds him in a traveling preacher. The novel features the Rogarou, a creature from Métis folklore, similar to a werewolf.

Two Indigenous women, strangers to each other, meet by chance when one flees a violent boyfriend in the naturalistic film The Body Remembers When the World Broke Open. Directors Elle-Máijá Tailfeathers and Kathleen Hepburn chose to shoot most of the film in a long, continuous take. You’ll be struck by the immediacy, the cool blue, melancholic tones of the film, the quiet, awkward intimacy that develops between the women, notwithstanding their sharply divergent lives and socioeconomic experiences.

Honest writing is a powerful gift. While Diaz is giving voice to Indigenous experiences, her exploration of a postcolonial selfhood beckons to writers from other communities, too. This week, for the California Book Club, we share an essay by Devi S. Laskar, author of the critically acclaimed debut novel The Atlas of Reds and Blues and the forthcoming novel Circa and a poet in her own right, who relates her experience of encountering and being given courage as a writer by Postcolonial Love Poem.

We also bring you a lovely list by Alta Journal associate editor Ajay Orona, who first fell for poetry when he read Langston Hughes. He writes about four poems by Hughes that sit in conversation with Diaz’s poetry about the American dream and the experience of being marginalized or passed over.•

On February 17 at 5 p.m., Diaz will join CBC host John Freeman and a special guest to talk about her Pulitzer Prize–winning book. You can visit the Alta Clubhouse to talk about Postcolonial Love Poem with your fellow California Book Club members.

LEARNING FROM A MASTER

Bay Area author and poet Devi S. Laskar writes about discovering Diaz’s poetry and about her influence as a teacher on Laskar’s own writing. —Alta

Bethany C. Morrow’s Cherish Farrah is a cinematic social horror about two Black girls who are best friends. One secretly longs to control the other. —Alta

For the February 23 edition of Alta Live, playwright and lawyer Wajahat Ali will join journalist Anjali Khosla for a conversation on Islamophobia and Ali’s humorous memoir about his early years in the Bay Area, Go Back to Where You Came From: And Other Helpful Recommendations on How to Become American. —Alta

After watching Maggie Gyllenhaal’s adaptation of The Lost Daughter, Los Angeles writer Amina Cain considers the dearth of stories about ambivalent motherhood and hopes for a fuller spectrum of work about women’s experiences. —Los Angeles Times

PREVIOUS CALIFORNIA BOOK CLUB NEWSLETTER
Defamiliarizing the Minotaur in ‘Postcolonial Love
Anita Felicelli Anita Felicelli, Alta Journal’s California Book Club editor, is the author of the novel Chimerica and Love Songs for a Lost Continent, a short story collection.
Advertisement - Continue Reading Below
More From California Book Club Newsletter
Innocence in Jaime Cortez’s ‘Gordo’
Announcing Winter 2023 Books
Advertisement - Continue Reading Below
Introducing Cory Doctorow for ‘The Gold Coast’ Eve
Kim Stanley Robinson: The Influence and Influenced
Vision As Moral Act
‘The Gold Coast’ Pictures Orange County in 2027
Generosity Ripples in ‘A Place at the Nayarit’ and
‘A Place at the Nayarit’ Opens a Portal to Home
Sense of Deep Time and Spirit
Writing Yourself In