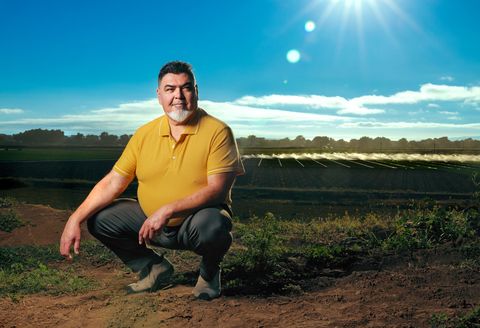 There are five basic senses, and the difference between good writing and that which fades—especially writing about a place like California, so throbbed by its elements—lies in how well these senses are evoked. What is life, after all, besides what we sense and what we make of those senses in the place we might call home? Is the air outside dry or humid? Does the light fall soft or sharply? Do the acoustics make you wary or feel safe? What do the people sound like? Do the skies turn copper-colored at sundown or purplish, or does the sun sink like a stone? Does the stink of cattle farms seethe? Is it cold at night? Can you smell what is cooking when you walk down the street?

Jaime Cortez has figured out a way to cram more life into his fiction than just about any writer at work today because he asks such questions of the world he creates. And the answers are fabulous, hilarious, shocking. Revelatory. Just look at his first short story collection. Set in a migrant workers’ camp in Watsonville in the 1970s, Gordo draws on all these tactile, tangible details and brings its fictive world triumphantly to life. To say this book updates Steinbeck country for the 21st century underestimates the force of life that surges forth here in 11 deceptively simple stories. This is a book full of laughter and song, full of meals and funerals, jokes that are corny and nicknames that are ingenious. It is also a book of primordial stories about love and belonging, sex and death, of the clasp of family and when it won’t let go.

Fittingly, the sense the book evokes most vividly is touch, much neglected, but not in the pages of Gordo. People are hugged and kicked, tackled, nuzzled, licked, leaned on, and tenderly held throughout these tales in the ways children, siblings, parents, elders, and lovers are in life but, strangely, aren’t often in fiction. How many people learned whom not to hit growing up and who could be hit and made up with? The cast of Gordo knows this, and they also know how to recognize when someone needs an easy touch. One of the finest of the stories takes place at a hairstylist salon, where a young hairdresser tends to make people feel better about themselves in small, tangible ways. One snip at a time.

Perhaps because they are embodied, because Cortez’s tales attend to such tiny acts of decency, they spark immediately, like stone striking flint. They burn hot and fast in some instances, cool and spooky in others, with the atmosphere of moonlit fables. Their soundscapes linger like harmonies because Cortez knows how to put in just enough detail. There are the sounds of bottles clinking, of kids kicking balls in the dirt, dogs barking. The strobe of voices at a distance, the way adults sound when kids are somewhere playing in the summer and know there are some things they can get away with if they keep it down—until they can’t.

To read this book is to feel part of a neighborhood, a place, one Cortez invites you into and allows you to watch as it asserts its boundaries through the eyes of a young, probably queer, slightly husky kid named Gordo. Using Gordo’s nimble sense of humor as his barometer, Cortez draws all the weather systems of the camp together in a series of swift, comedic stories about Gordo’s time there, moving forward chronologically. In the latter part of the book, we leave Gordo somewhat behind and meet some of the people who grew up around him.

We never see the camp from the outside. In fact, people come to the camp and mostly quickly leave: a man selling doughnuts; la migra, who occasionally chase down people without documents. In the middle of the book, in one of the best stories published in the past decade, Cortez describes a young visiting farmworker who comes to the camp and hides out with Gordo’s family, forcing people to take sides with an outsider who becomes one of them.

Every tale has a kind of moral dilemma. Virtually all of the stories approach this complex territory through humor. In “El Gordo,” Cortez muses on the irony of being taught to be masculine; Gordo’s father gives him frankly Castro-fabulous wrestling gear and tells him a story about his boxing hero, while also asking him to be macho; in “The Jesus Donut,” we meet the kids of the camp before experiencing a slapstick tableau of them turning the purchase of a doughnut into a mock Catholic Mass; in “The Nasty Book Wars,” an explosive satire of coming-of-age kicks off when kids go to war over nudie magazines, the acts depicted in which they have yet to divine.

Humor is Cortez’s sixth sense; it’s how he folds and braids a world into a world so that nothing is ever as simple as it seems. In “The Nasty Book Wars,” for instance, the children who are coming of age are juxtaposed with the adults of the camp, who are living in states of precariousness the kids can only vaguely sense. Primi, one of the adults, throws off such shadows with the excesses of his personality and style. Cortez’s description of him is full of warmth and humor, pathos and the tiniest edge of shame.

Primi loved a party. He splurged and rented maroon Bostonian lace-up shoes and a matching tuxedo with ruffles that cascaded down the equator of his beer belly, making him look like a downwardly mobile rain forest rooster puffing up his plumes for one last mating dance. When he stepped into the San Juan Bautista VFW hall with a living, breathing, live, and unknown female escort, everyone whistled and catcalled. He took it all in like the pope, bowing slightly to the left, the right, and the center of the hall.

Whoever said style is a struggle was borrowing something from the spectacle of a man like Primi. Or an artist like Cookie, one of Gordo’s classmates, who in a story about her has to decide whether she is going to deface public buildings where she lives or draw on paper like a fancy artist. A profound question about how to make art about where you’re from lurks in parable form in that tale. Within the world of its world, Cortez’s tales never ask their characters to perform or dance for their dignity. They receive it as a right, and therefore we feel when that dignity is threatened, but we also can sense why certain habits and rituals and even silences create meaning. In the latter half of the book, in a story about a gay hairdresser, Cortez shows us a version of the man Gordo might become—a man who never has to leave where he’s from to practice his art.

This is a hugely important book, a once-in-a-decade book about how a home is made and the ways tenderness can emerge in a neighborhood in jokes, in punches, in simple meals. The rough nip of a dog’s bite. That the sweat and labor of working happens off-screen, so to speak, speaks volumes: What else do we work for? To make a home, to provide, to have money for food and drink, and so we can pass the hours lightly. For years, the Midwest has had its House on Mango Street. It wouldn’t surprise me if years from now, Gordo has reached millions of readers with its craft and beautiful call to Cortez’s Watsonville, a place, thanks to these pages, that will forever remain on America’s literary map.•

Join us on Zoom on Thursday, December 15, at 5 p.m. Pacific time, when Cortez will join CBC host John Freeman to discuss Gordo. Please drop by the Alta Clubhouse to let us and your fellow book club members know your thoughts about the book. Register here for the event.