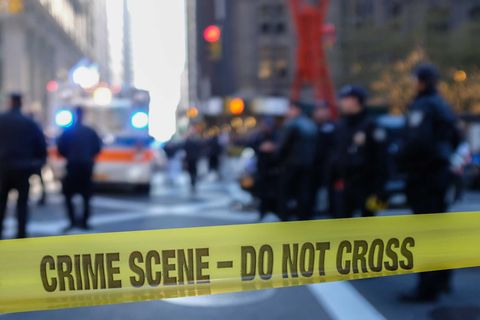 Humans seem to have an infinite number of ways to harm, to do wrong to one another, to brutalize one another, to bend social circumstances to their will at the expense of others—and crime novelists are sometimes working at the far edge of this infinite variety, capturing new crimes or social conditions on the page, fitting them within existing formulas or breaking with those expectations in service of social commentary.

Police procedurals are a subgenre of detective fiction in which a protagonist tends to use the routines and practices of the police to solve crime, so readers anticipate that the structure will conform to the constraints and steps of real investigations. Unlike amateur-sleuth crime fiction, which often relies on rational thought and cunning and unique brilliance, or noir, which relies on rugged individualist toughness, a procedural, true to its name, may depend for its drama on how much a detective follows routine and procedures such as questioning, securing information from confidential informants, interrogation, and laboratory testing—or doesn’t.

Unlike private citizens who try to solve mysteries, U.S. law enforcement agents must stay within constitutional boundaries as they gather knowledge about how a crime occurred. No illegal searches and seizures. No custodial interrogation without providing Miranda warnings. Police officers work in teams, so their ability to collaborate with one another affects their ability to solve mysteries and creates another source of narrative tension, depending on their personalities and histories. Aware, and perhaps fearful, that at any moment their own livelihoods could be endangered by a split-second decision, police officers routinely and repeatedly cover for one another, on the page, on-screen, and in real life: the police force is a brotherhood or coterie of loyalists. In Michael Connelly’s The Dark Hours, the April California Book Club pick, however, Detective Renée Ballard cannot completely rely on her fellow LAPD officers the way she can trust and rely on Harry Bosch, the protagonist of so many of Connelly’s procedurals but now retired, an outsider to the force.

Ballard’s origin story, which we learned in an earlier book, The Late Show, is one of being sexually harassed by her male boss and not being able to count on her male partner. Her empathy for the victims of sexual misconduct puts a different spin on the collaborative fraternity we typically see on procedural television shows like Law & Order and Blue Bloods.

In both The Dark Hours and real life, we’re in a moment when the police are under special scrutiny, when police brutality is debated, when defunding the police is embraced by some, reviled by others, when #MeToo has come up in connection with the executive, legislative, and judicial branches. Sex crimes, in particular, tend to shock the public, as we’ve seen with the Catholic church scandals, disclosures during the #MeToo movement, and the incendiary line of questioning used by Republicans at the recent confirmation hearings of Judge Ketanji Brown Jackson. And yet such crimes are more common than previously believed, leading to a prolonged sense that there is something wrong with the system. Connelly accounts for this social unrest in The Dark Hours: Police officers are demoralized, forced to see themselves as protesters see them during the pandemic. A number of LAPD officers are apathetic, and this compounds their existing misogynistic attitudes toward women and sex crimes.

More closely, we see Ballard’s approach to her job. She strays outside the lines of ordinary police procedure. In this book, Ballard is a woman investigating horrifying rapes of women, and she’s more in line with the public, philosophically, than her colleagues are. From the early pages of the novel, “she was not popular in the office after a year of cajoling and then demanding intel and help in her investigations from people bent on doing as little as possible.” When Ballard’s temporary partner, Detective Lisa Moore, is supposed to stay on duty, she goes on holiday, leaving Ballard to reluctantly cover for her as part of these norms; in other words, the expectations of fraternity on the force are not only enforced among men. Midway through the novel, however, a turn in the plot makes Ballard an outsider to the brotherhood, shifting what many readers have come to expect from police procedurals.

We read procedurals, in part, for the predictability of closure and the satisfaction of our genre expectations—the sigh of relief and the sense that order has been restored when we turn the last page. When social conditions and public perceptions of the police are stable and favorable in real life, and a police officer is the protagonist and point-of-view character of a novel, closure tends to reinforce a conservative perception of the police as a whole: procedurals deliver a sense of order and end on a note of safety. But how do we get to readerly satisfaction during times of social upheaval? Times of torn social fabric and tense questions about the legitimacy of those in positions of authority may call for a different kind of detective procedural.

Ballard thinks, “It sometimes seemed to her as though the biggest barricades in the so-called justice system were on the inside, before you even got out the door.” Justice for victims of sex crimes, then, the novel seems to acknowledge, might be more difficult to attain for police forces unwilling to rethink the implicit biases and procedures of their pasts.•

Connelly will join the California Book Club on April 21 at 5 p.m. Pacific time to discuss The Dark Hours with host John Freeman and a special guest. Join us in the Alta Clubhouse to discuss the book and let us know what you think! Register here for the event.

Prior CBC author Reyna Grande’s A Ballad of Love and Glory, set in Mexico in 1846 and 1847, during the Mexican-American War, portrays the costs of empire and inequity and, in so doing, calls to mind the Russian invasion of Ukraine. —Alta

Bay Area author Ingrid Rojas Contreras (Fruit of the Drunken Tree) will teach a workshop on writing about one’s life experiences of trauma on May 28, from 11 a.m. to 2 p.m. Pacific time. —Zyzzyva

A Texas school superintendent removed about 130 books that talked about sexuality and gender identity from school libraries and reportedly told school employees that if they weren’t conservative, they “better hide it,” raising constitutional concerns. —ProPublica

PREVIOUS CALIFORNIA BOOK CLUB NEWSLETTER
The Hard-boiled Female Detective
Anita Felicelli Anita Felicelli, Alta Journal’s California Book Club editor, is the author of the novel Chimerica and Love Songs for a Lost Continent, a short story collection.
This content is created and maintained by a third party, and imported onto this page to help users provide their email addresses. You may be able to find more information about this and similar content at piano.io
Advertisement - Continue Reading Below
More From California Book Club
Introducing Steph Cha’s ‘Your House Will Pay’
Excerpt: ‘Your House Will Pay’
Advertisement - Continue Reading Below
California Book Club: Maggie Nelson Transcript
Event Recap: Maggie Nelson's 'The Argonauts'
‘The Wrong End of the Telescope’
‘Always Running’
‘The Swimmers’
‘The Argonauts’ as Love Story
Stardust in ‘The Argonauts’
Creating the Self in ‘The Argonauts’